Psychology of the Future Lessons from Modern Consciousness Research 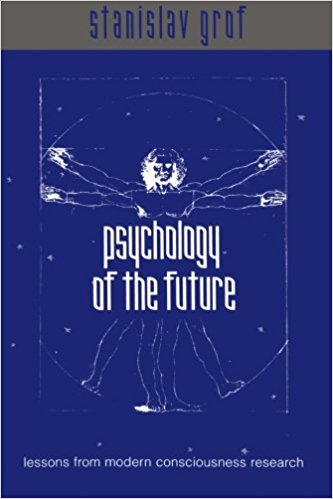 Summarizes Grof’s experiences and observations from more than forty years of research into non-ordinary states of consciousness.

This accessible and comprehensive overview of the work of Stanislav Grof, one of the founders of transpersonal psychology, was specifically written to acquaint newcomers with his work. Serving as a summation of his career and previous works, this entirely new book is the source to introduce Grof’s enormous contributions to the fields of psychiatry and psychology, especially his central concept of holotropic experience, where holotropic signifies “moving toward wholeness.” Grof maintains that the current basic assumptions and concepts of psychology and psychiatry require a radical revision based on the intensive and systematic research of holotropic experience. He suggests that a radical inner transformation of humanity and a rise to a higher level of consciousness might be humankind’s only real hope for the future.

This book is the source to introduce Grof’s enormous contributions to the fields of psychiatry and psychology, especially his central concept of holotropic experience, where holotropic signifies “moving toward wholeness.” This book presents the core material of the Holotropic BreathworkTM  Training program.

“It’s rare to find a textbook that is both extremely informative and enjoyable to read. Psychology of the Future has to be one of the first ones I’ve ever come across … Each chapter brought an entirely new concept, theory, or method that was just as engaging as the previous one.” — Dr. Tami Brady, TCM Reviews

“This book is by a pioneering genius in consciousness research. It presents the full spectrum of Grof’s ideas, from his earliest mappings of using LSD psychotherapy, to his clinical work with people facing death, to his more recent work with holotropic breathing, to his latest thoughts about the cosmological implications of consciousness research and the prospects for dealing with an emerging planetary crisis. Grof has always been one of the most original thinkers in the transpersonal field, and his creativity has kept pace with the maturity of his overall vision.” — Michael Washburn, author of Transpersonal Psychology in Psychoanalytic Perspective

“Grof offers an outstanding contribution to the ever-growing debate about the nature of human consciousness and about the place of humankind in the cosmos. If more psychiatrists could be persuaded that human consciousness transcends the limitations of the physical brain, and instead is but an aspect of what may best be described as ‘cosmic consciousness,’ we could not only expect treatment modalities to change, but we could also anticipate the possibility of culture-wide rethinking of the basic presuppositions of modern cosmology, the cosmology that grounds Western institutions, ideologies, and beliefs about the nature of personhood.” — Michael E. Zimmerman, author of Contesting Earth’s Future: Radical Ecology and Postmodernity